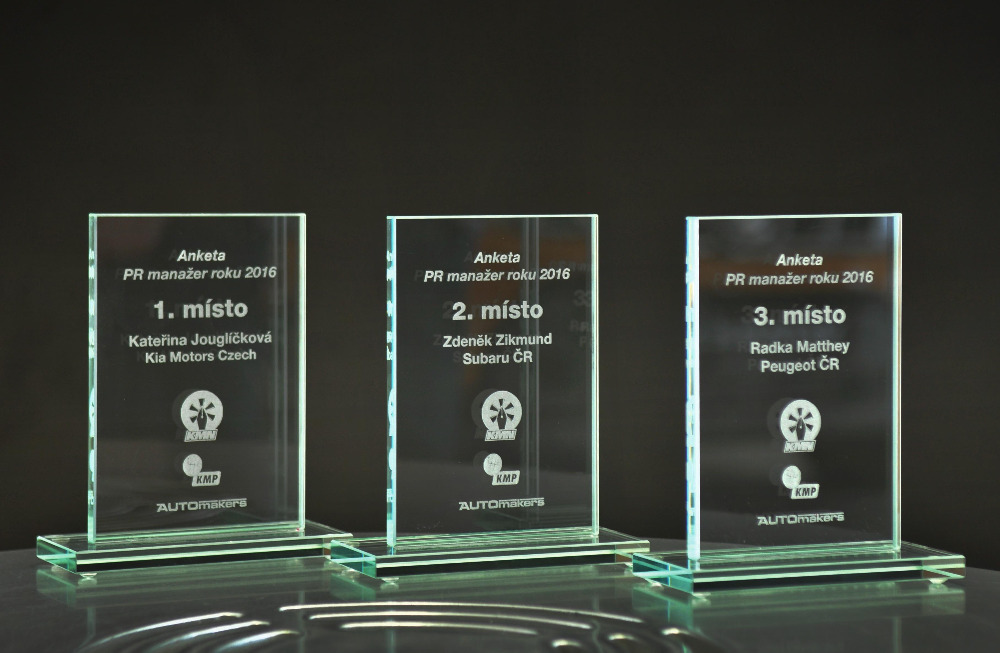 20 candidates to PR manager of the Year

Since January, Automakers magazine has been organizing a poll on best media service of the Czech Association of Automobile Importers in 2017, in collaboration with both journalist clubs. The vote was closed on February 28, 2018. Who was nominated?

“Motorcar journalists from the Club of Motor Journalists and Club of Motorists Publicists could send PR voters during January and February 2018 for the managers who provided the most accessible information service for their editors during 2017,” explains KMN Chairman Michal Busta.

“Last year, a total of 59 votes for a total of 19 managers met in the editors’ office. This year, 25 voting cards were added to the editors’ list, each journalist could identify up to three popular PR managers. This year, it will be up to 75 votes together, “Automakers editor Erich Handl explains the poll.

“We have set up twenty-five incoming tickets on the floor of the editorial board, after sorting the number of tickets received. We had to exclude some of them because the nominated managers were not from SDA-related importing companies or from the industry in the past year, “says Handl.