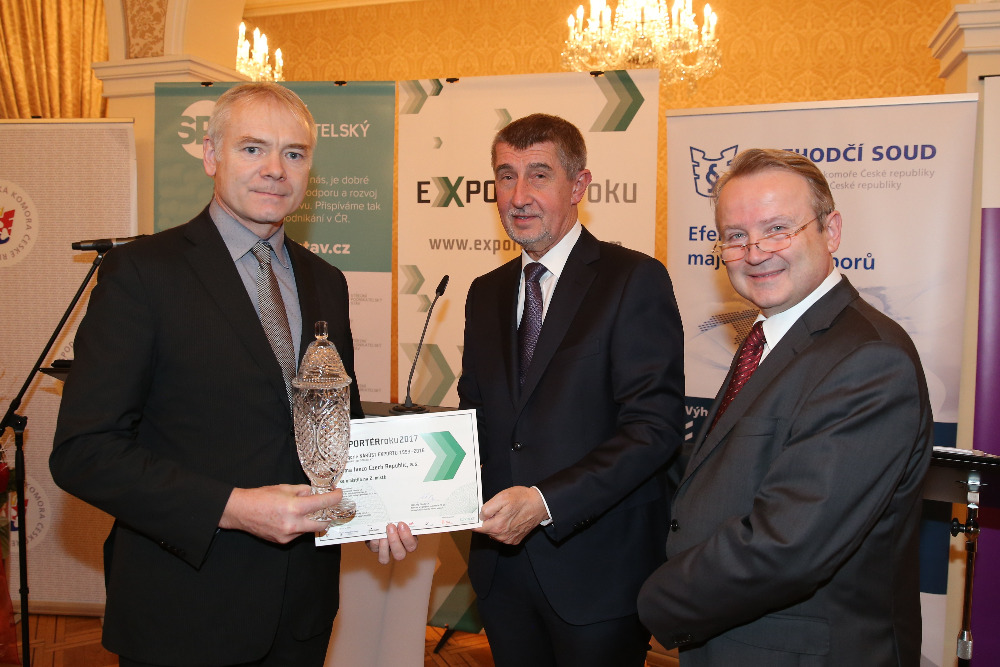 Czech Iveco among the largest exporters

Iveco Czech Republic won the silver award at the 23rd year of the Exporter of the Year contest. Second place in the category “Export growth in 1993-2016” among companies with an export volume of more than 500 million crowns per year.

On the festive evening at the Kaiserštejn Palace in Prague, CEO Jiří Vaněk received the prize from the hands of Prime Minister Andrei Babiš and Senate President Milan Štěch.

The high-tech firm also scored in several other categories. From the point of view of the total volume of exports in 2016, she took the seventh position. The ninth place was ranked “Exporter with the largest export volume in 1993 – 2016”.

“The success achieved is the result of the systematic realization of investments in the development of the High Myth plant, the intense innovation of the Crossway buses, the provision of high quality services to our customers and the constant search for new business opportunities,” said Jiří Vaněk, CEO of Iveco Czech Republic. Iveco Czech Republic recorded a production record last year when 3,885 new buses left the race gate. More than 94% of them have been sold abroad.