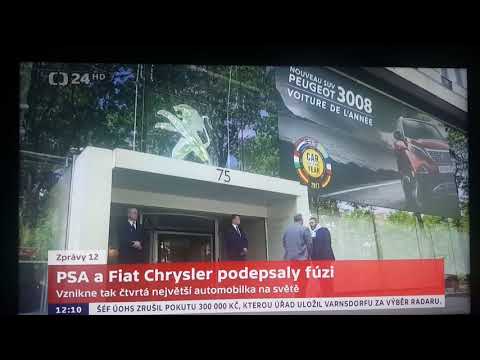 In outlining the industrial side of their merger, PSA Group and Fiat Chrysler Automobiles said that more than two-thirds of their production would be concentrated on just two platforms, with 3 million cars per year on a compact/midsize platform and 2.6 million on a small platform.

The smaller platform will be PSA’s CMP architecture and larger cars will be on the group’s EMP2, industry sources told Automotive News Europe. Ram pickups and larger Jeep models will continue to use FCA underpinnings.

PSA’s architectures offer several advantages. They are multi-energy, meaning they can accommodate gasoline, diesel or electrified drivetrains, allowing a quick response to customer demand without significant new investments on production lines. They are also more modern than FCA’s equivalent platforms, with cars on the CMP architecture starting to go into production in 2019.

Moving FCA vehicles to PSA platforms could quickly increase economies of scale for the merged company, much as PSA did after acquiring Opel in 2017.

The DS 3 Crossback small crossover, was the first PSA model to use the CMP platform. A battery electric variant is being launched this year.
PSA’s multi-energy architectures

The CMP platform, designed to cover the small car and the lower part of the compact segment, allows for gasoline, diesel or full-electric power. It was launched last year with the DS 3 Crossback small SUV, and it underpins the new generation of Peugeot 208 and 2008 and the Opel/Vauxhall Corsa. The next model using CMP is expected to be a replacement for the Citroen C4 Cactus compact hatchback, due next year.

The EMP2 platform, covering the upper part of the compact segment up to midsize models, debuted in 2017 on the Peugeot 3008 compact crossover. It is also on the 5008 midsize SUV, the DS 7 Crossback, the Citroen C5 Aircross and the Opel Grandland. The Peugeot 508 midsize sedan and station wagon, launched last year, were the first passenger cars using the architecture. Currently EMP2 is offered with gasoline, diesel and gasoline plug-in hybrid models, but it is also designed to offer pure battery models in the next decade.

The first FCA model based on the CMP architecture could be a small crossover for Alfa Romeo, due in late 2022, also with a battery-only variant.