The stoppages affect Fiat’s Mirafiori, Cassino, Pomigliano and Melfi plants where Fiat, Jeep and Alfa Romeo cars are built. Maserati’s factories in Grugliasco and Modena will also remain closed, as will FCA’s Sevel van plant, which the automaker runs jointly with PSA Group.

Fiat’s factory in Kragujevac, Serbia, which builds the 500L, remains shut until April 3. Production at the automaker’s plant in Tychy, Poland, will remain stopped until April 10.

Fiat said it aims to resume production of the New 500 electric car in Mirafiori and Jeep Compass output in Melfi on April 6 if Italy’s lockdown is removed or lightened. Production is also scheduled to restart on that date at the Sevel plant.
The schedule for the resuming output at the remaining plants will be announced later, a Fiat spokesperson said.
Fiat’s Tofas joint-venture plant with Koc Holding in Turkey is running as usual, the company said.

Fiat’s Italian plant workers are being paid about 80 percent of their salary through a government program.
The Italian supplier Magneti Ma

relli also extended a Europewide stop until April 3 except for a number of local cases where operations will continue on a reduced scale to meet specific customer needs. FCA last year sold the partsmaker to U.S. investment firm KKR. 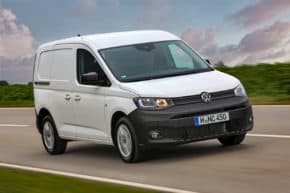