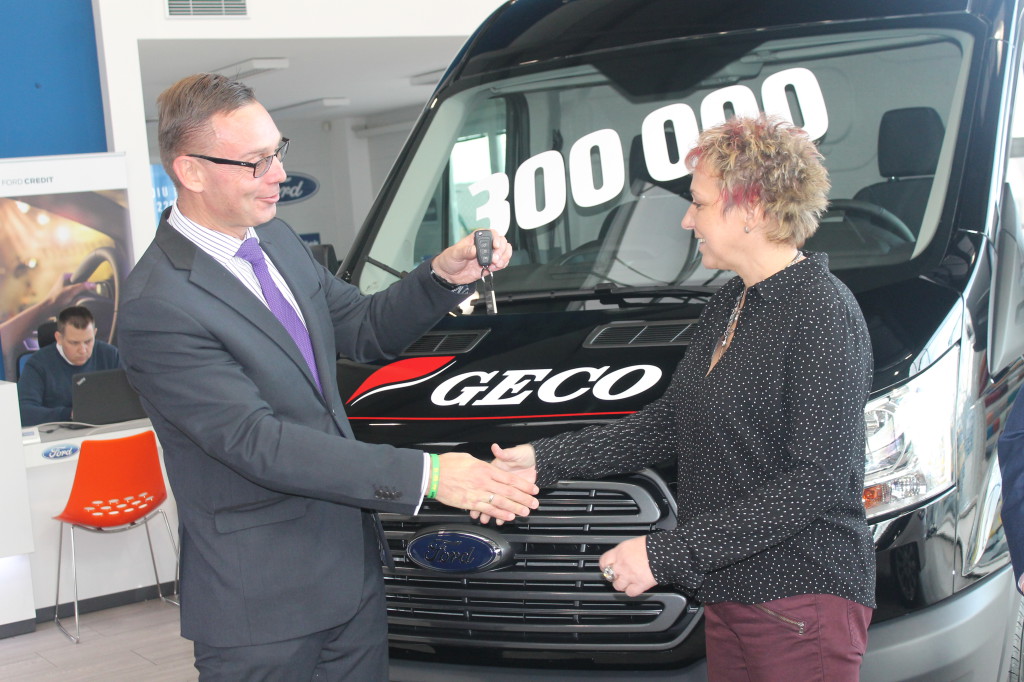 Jan Laube, General Manager of Czech FMC, handed over to the customer 300,000. Ford sold in the Czech Republic through an official dealer network since 1991. The Transit was the jubilee car, which was handed over to Geco at the K + K Dealership in Vestec near Prague on 22 November, 2017.

“In 1991 Ford entered the Czech market with an official sales office, which in 1993 transformed into s.r.o. For over twenty seven years, Ford has sold more than 300,000 cars on the Czech market, of which about 225,000 are passenger cars and over 76,000 vans. While in total car sales since the early 1990s, Ford is third among the importers, and the number of commercial vehicles is clearly the number one in the Czech market, “said Jan Laube.