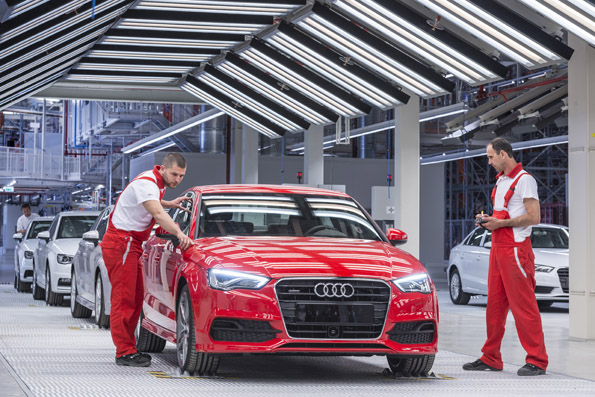 Automakers are restarting production at their factories in Hungary gradually after weeks of shutdown to stem the spread of the novel coronavirus. Hungary’s economy is heavily dependent on the vehicle manufacturing sector, which all but halted production last month when the pandemic began to spread in the central European country.

Daimler’s plant in Kecskemet is due to reopen on April 22. The plant builds the Mercedes A- and B-Class models, along with the CLA and CLA Shooting Brake.

Audi resumed engine production at its factory in Gyor on April 14 to build up supplies for its European car plants.
Suzuki expects to restart its plant in Esztergom on April 27 in a single-shift operation. The factory builds the Swift, SX4 S-Cross and Vitara models.

“Hungarian Suzuki Corp. introduced more complex health safety measures than ever before, therefore the factory at Esztergom is ready to restart production,” the company said in an emailed statement.

Korean tire maker Hankook Tire has restarted its factory south of Budapest, it said. Other companies in the car sector supply chain, such as Japanese Denso, have also started to resume production operations, they said.

The companies said they would continue to monitor hygiene and implement safe distancing between employees.
Hungary’s industrial production expanded by an annual 4.1 percent in February, before the novel coronavirus pandemic hit the global economy.

Analysts expect the economic effects of the shutdown to peak in the second quarter of the year in Hungary, as in many other countries.