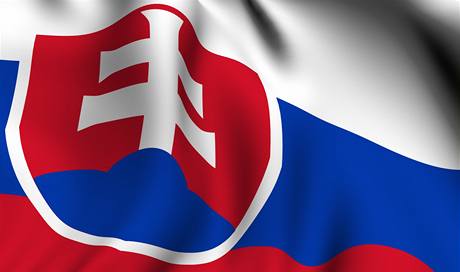 Jaguar Land Rover has signed a letter of intent to build a new car plant in Slovakia, a further expansion away from its British manufacturing base.

The brand, which has been part of India’s Tata Motors since 2008, will carry out a feasibility study for a factory in Nitra, western Slovakia. The aim is to open the plant in 2018 and reach an annual output of up to 300,000 vehicles by 2025.

Slovak Finance Minister Peter Kazimir hailed the decision, saying it was helped by his country being a member of the eurozone, unlike some central European neighbors.

A trade union source told Reuters earlier in the processthat JLR was considering the Czech Republic, Hungary, Poland and Slovakia, with only the Slovakia being a eurozone member.

Poland Deputy Prime Minister Janusz Piechocinski said Slovakia had offered high state subsidies which it would not match. “Slovakia was ready to pay much more than we could secure in our budget,” he said.

Slovakia’s economy ministry was not immediately available to comment but a ministry source told Reuters the country would offer up to the maximum subsidy possible under EU rules.

The carmaker said the facility would play a major role in increasing the number of lightweight aluminum models it produces.

Based on that, IHS Automotive principal analyst Ian Fletcher believes JLR will use the factory to make vehicles using the same architecture that underpins the new Jaguar XE sedan.

“This includes new crossovers for both Jaguar and Land Rover brands that are expected to be launched over the next few years,” Fletcher said in a commentary after the announcement.

JLR picked Slovakia over locations in Europe, the U.S and Mexico because of its strong supply chain and good infrastructure.

“With its established premium automotive industry, Slovakia is an attractive potential development opportunity for us,” JLR CEO Ralf Speth said in the statement.

Slovakia has already attracted other carmakers. Volkswagen Group builds a range of models there including the VW Touareg and Audi Q7 flagship SUVs at its Bratislava plant, South Korea’s Kia produced more than 300,000 vehicles in Zilina last year while PSA/Peugeot-Citroen’s facility in Tranava made more than 255,000 vehicles last year. The VW and PSA plants are less than 100km from Nitra while Zilina is less than 200km away.

Prime Minister Robert Fico said he was committed to boosting the country’s premium car sector and would work closely with Jaguar Land Rover to ensure the plant is built in Slovakia.

“It would provide a boost to our country’s wider industrial strategy,” he said.

Jaguar Land Rover has steadily increased the number of models it builds outside of the UK, opening its first overseas manufacturing plant in China in October.

As part of plans to bring production closer to major markets, JLR will open a plant in Brazil in 2016 and the company signed a manufacturing partnership in July with Magna Steyr, a part of Magna International, to build models in the Austrian city of Graz.

Jaguar Land Rover has benefited from significant investment since it was bought by Tata from Ford. Its 2014-2015 pre-tax profits rose to 2.61 billion pounds, double the amount of four years ago.

Like other automakers, the company is facing a slowdown in China, where economic growth has dropped to a 25-year low. On Friday, Tata Motors said it had cut prices, sales and production targets for Jaguar Land Rover in China.