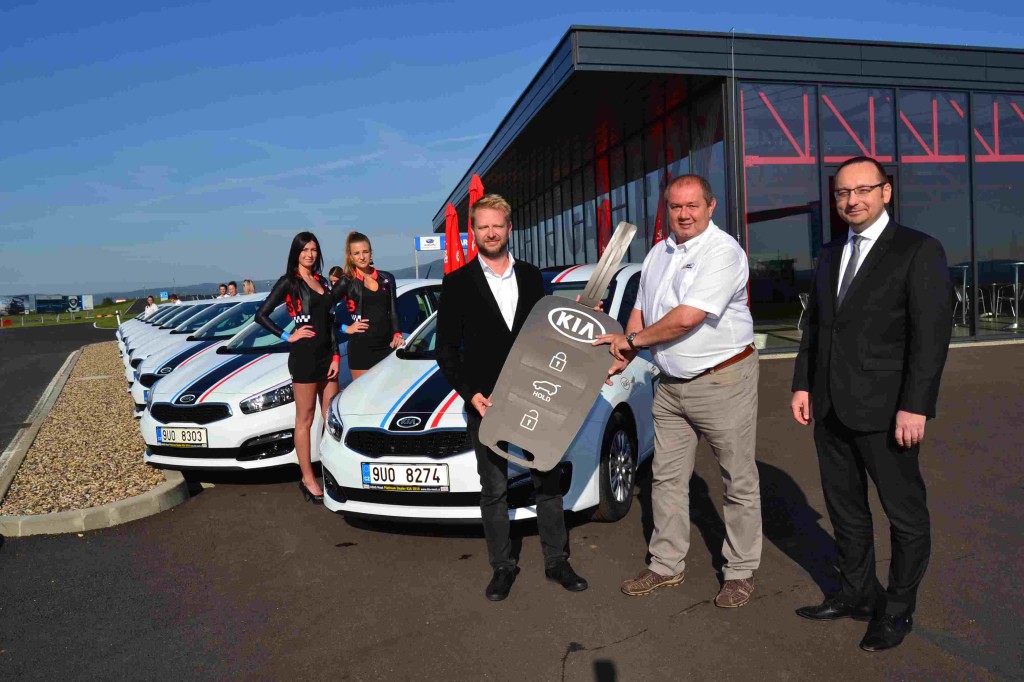 AUTODROM MOST has extended this year’s cooperation with KIA MOTORS CZECH and ASAS, an authorized KIA retailer, which has renewed the fleet for safe driving courses with the new Kia cee’d 2017.

The annual contract was signed by both partners and the vehicles were delivered on Tuesday, September 5, at the autodrome area. “Partnerships in product mutual promotion are beneficial to both parties. The Autodrome with its background for motor racing, safe driving courses, and many other social activities attracts the attention of thousands of fans and visitors from all over the Czech Republic, Europe and other continents around the world,” said KMCZ director Arnost Barna. “Following the previous KIA Best Dealership Awards in the Czech Republic between 2013 and 2015, our company was rated with the prestigious Prestige Platinum Dealer Award for 2016, “said Pavel Sajdl, business director and owner of ASAS, a major regional company with a 32-year- tradition.