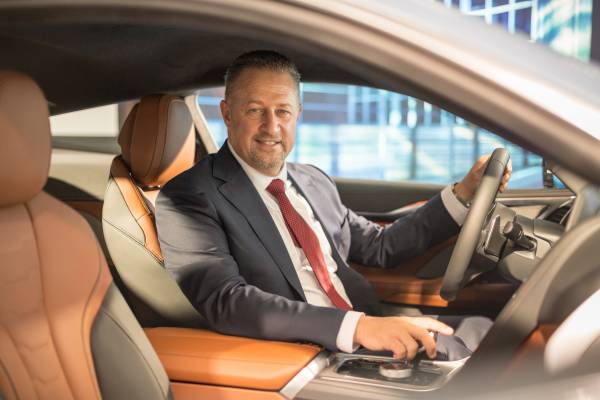 Prior to becoming CEO of the BMW Group for the Central European Region, he served as Vice President of Fleet, Corporate and Direct Sales for BMW Deutschland. During his term of office, the company has achieved record sales and profits.

In four very successful years, Christoph v. Tschirschnitz with the BMW and MINI brands achieved more than 50% of the volume of trade on the twelve markets managed by the headquarters in Salzburg.

In cooperation with 180 vendors, the BMW Group sold 20,000 markets for the BMW, MINI, BMW and BMW Motorrad brands in 12 markets in Central and South-Eastern Europe in 2017 and provides comprehensive care and support for its customers.

Neil Fiorentinos comes from the BMW Group Netherlands where he held the position of Managing Director for 4.5 years. Neil (50) started his career in 1994 with the South African representation of the BMW Group. Sixteen years later he was appointed director of the BMW Group Asia.

Thanks to the international experience in three different BMW Group representations on three different continents, this South African manager delivers excellent results in trade and import relations. Neil and his team retained BMW’s leading position in the Netherlands and achieved record sales results for BMW, MINI and BMW Motorrad for four consecutive years.

In his new role, Neil will be responsible for overseeing sales and marketing activities in Central and Southeastern Europe, including twelve countries: Austria, Poland, the Czech Republic, Greece, Hungary, Slovakia, Slovenia, Romania, Bulgaria and Malta.