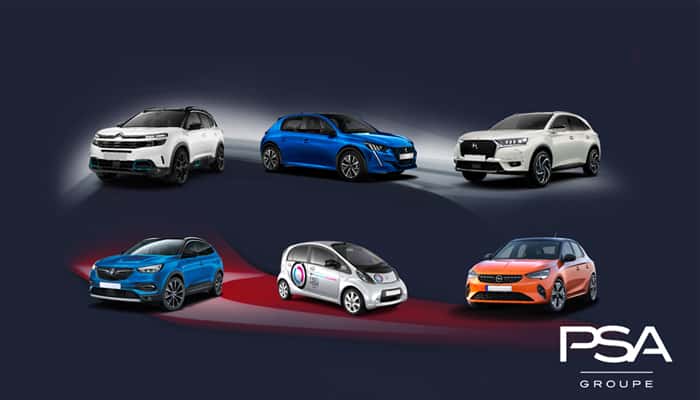 PSA Group warned of sharp fall in demand for autos this year due to the coronavirus crisis after posting a 15.6 percent drop in first-quarter revenue.

Morgan Stanley analyst Harald Hendrikse said in a note to investors that global market demand estimates “are finally coming down to reflect the current reality” and there is “little recovery now built in for the second half.”

Despite the expected plunge in vehicle sales, PSA maintained its mid-term operating margin target. The automaker targets average adjusted operating target of more than 4.5 percent for its automotive division over the 2019 to 2021 period.
In a statement on Tuesday. PSA said its revenue was 15.2 billion euros ($16.5 billion) across the group in the January to March quarter.

The company has secured liquidity and cut costs, Chief Financial Officer Philippe de Rovira said in the statement, adding that it is preparing a rebound in a “chaotic economic environment.”

The maker of Peugeot, Citroen, DS, Vauxhall and Opel vehicles is one of the most vulnerable to a downturn in Europe, where the health crisis has paralyzed public life in countries such as France, Britain and Italy.
Car sales in the region fell 52 percent in March, the most on record, as showrooms closed and production came to a halt.
PSA shut European plants from mid-March and has so far declined to give a date for any restart.
Like French rival Renault, PSA has been in talks with unions to try and work out a schedule to reopen its factories in France with new sanitary protocols. Its British brand Vauxhall is looking at temperature checks and shift rescheduling to plan the reopening of its two UK factories.
The pandemic is a blow to CEO Carlos Tavares, who before the crisis struck had boasted that plants were running at full speed to satisfy robust order books.
The profit margin widened to 8.5 percent last year, cementing the company’s best-in-class status. Since arriving in 2014, Tavares has turned around the company by removing overhead and adding scale.
PSA is in the middle of working through an agreed merger with Fiat Chrysler Automobiles.