SDA: CR is catching up with debt in fleet renewal 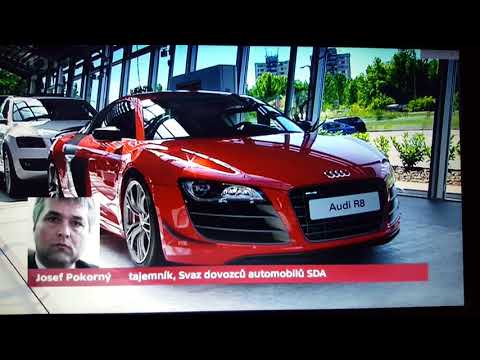 The secretary of the Association of Automobile Importers Josef Pokorný commented on ČT 24 about the development of vehicle registrations in 2017. What did car sales mean for a new record?

Last year, 271,595 new passenger cars were registered in the Czech Republic. This is 4.6 percent more than in 2016. Almost 75 percent of the business customers bought. The most popular were SUVs with nearly a quarter, followed by a lower middle class with 21 percent, according to the press conference of the Union of Automobile Importers (SDA).

“In recent years, we have been experiencing continuous growth, which supports the current economic situation, the buyer’s concern and the low fear of the future. The Czech Republic is thus catching up with debt in the renewal of the fleet of past years,”said Josef Pokorný.

Sales of light commercial vehicles increased by 0.8 percent to 19,398 vehicles. The first Peugeot sold 3050 cars, the second is Fiat with 2817 cars sold and the third Ford sold 2285 cars. The best-selling van was the Peugeot Boxer.

New truck registrations fell 9.5 percent to 10 008 vehicles. Most were sold by Mercedes-Benz (2178), followed by the brands MAN (1776) and DAF (1410). Sales of buses dropped by more than a fifth to 804 vehicles. The first one is the domestic Iveco Bus with 304 vehicles sold, the second is also the domestic SOR and the third Setra.

Demand for motorcycles last year fell by a tenth to 16,045 machines. The best seller was Honda with 2643 sold motorcycles, followed by Yamaha with 1118 machines and BMW, which sold 802 motorcycles.