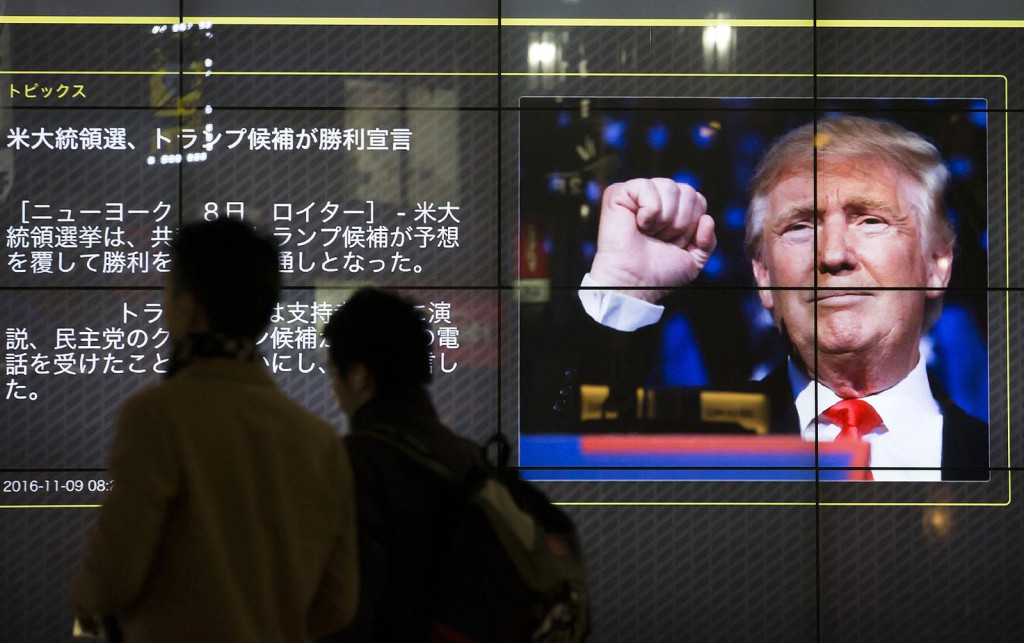 Shares of Asian automakers and suppliers, including Toyota, Nissan, Honda and Mazda, tumbled on Friday after U.S. President Donald Trump threatened to slap tariffs on imports from Mexico.

Railing against a surge of illegal immigrants across the southern U.S. border, Trump said he would hit all goods coming from Mexico with a 5 percent tariff, and would increase that each month until reaching 25 percent on Oct. 1, unless Mexico takes immediate action.

The move could hit a number of global companies — including American and Asian firms — with the auto industry looking particularly vulnerable. For years automakers have built vehicles in Mexico, taking advantage of its cheap labor, trade deals and proximity to the United States, the world’s largest auto market after China.

It also looks also likely to backfire on U.S. consumers, driving up the prices of goods as varied as cars, refrigerators and television sets.

“Margins are so thin in the U.S. market right now that there’s no way that any automaker is not going to pass on these tariffs to their customers,” said Janet Lewis, an analyst at Macquarie Securities.

“The unknown factor is the impact on suppliers, as components can move back and forth between Mexico, the United States and Canada up to 20 times before they make their way into assembled cars.”

Vehicles and parts were the biggest imports from Mexico to the United States, totalling $93.3 billion in 2018, followed by electric machines, nuclear reactors, minerals and oil, and optical equipment, according to U.S. government data.

“Although we have to wait and see whether the U.S. tariffs plan will be really implemented, this is negatively affecting investor sentiment,” said Chang Moon-su, an analyst at Hyundai Motor Securities in Seoul.

Another South Korean company, LG Electronics, said nearly all of its television sets made in Mexico are shipped to the United States, and about a third of its refrigerators.

“As the United States is a crucial market for us, we are closely monitoring this tariff issue,” a company representative told Reuters.

Japan’s top automakers and their suppliers, including Denso and Aisin Seiki, have been building vehicles in Mexico for decades, both for the domestic market and for export to the United States, taking advantage of the North American free-trade agreement, which includes Canada.
Among them, Nissan produces the most vehicles in Mexico, with its U.S. exports accounting for roughly one-quarter of its total vehicle sales there, industry experts say. Its Sentra and Versa models are made in Mexico for the U.S. market.

Smaller rival Mazda exports about 30 percent of its Mexico-produced cars to the United States. Toyota, which has been expanding U.S. production of pickups, exports less than 10 percent, as does Honda.
Japanese automakers together produced about 1.25 million vehicles in Mexico in 2018.

But production in Mexico is dwarfed by the number of cars they produce in the United States, their single largest market, where Japan’s top three automakers alone produce roughly 4 million vehicles each year.