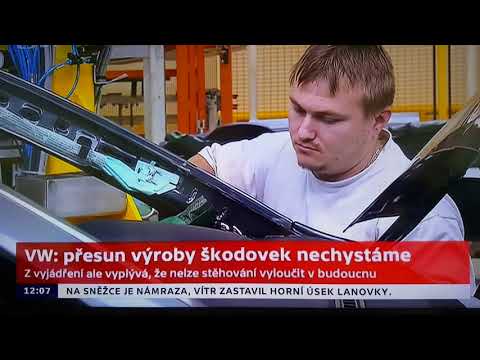 Volkswagen managers and unions are seeking to curb competition from lower-cost stablemate Skoda by moving some of its production to Germany and making the Czech brand pay more for shared technology, company sources told Reuters. But the company denied production shuffle from CR to Germany on Friday, October 6, 2017.

As VW struggles to cut jobs and spending at German factories and move away from its emissions-cheating scandal, Skoda’s superior car reviews and profitability have intensified the brands’ rivalry within the VW empire.

VW now wants to curb what it sees as Skoda’s unfair advantages — combining German technology with cheaper labor — and reaffirm the top-selling brand’s primacy ahead of a wave of new electric-car launches, the sources said.

The tussle between VW and Skoda is reviving tensions at the heart of the Volkswagen Group between profits and jobs, and between central control and autonomy for its 12 vehicle brands.

“Instead of devoting our efforts to beating Tesla, we may just be setting up a futile internal conflict,” said one manager.

Once the butt of jokes, Skoda has blossomed under 26 years of VW Group ownership into a successful mid-market carmaker, steadily winning business from rivals — including VW — and surpassing even Audi’s operating profit margin last year.

At the same time, VW is facing thousands of job cuts as management moves to trim excess capacity at German factories. Its powerful domestic unions see Skoda’s success as both a threat and a potential lifeline.

VW workers’ representatives are now demanding the transfer of some Skoda production to their underused German plants, a source close to the supervisory board told Reuters. The proposal aims to offset declining output of the VW Passat and aging Golf that could otherwise threaten more jobs.

They are also making the case that Skoda should pay higher royalties to use VW’s main common vehicle platform. The MQB architecture also underpins compact and midsize models from the group’s Audi and Seat brands.