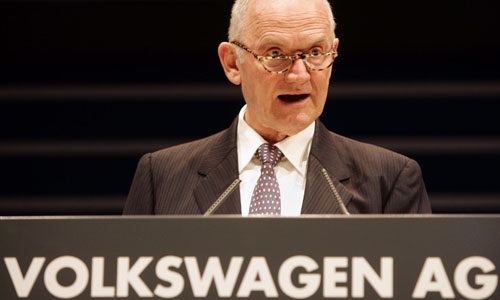 The brilliant but ruthless billionaire died Sunday, Aug. 25, at age 82 for reasons believed to be natural, after collapsing while dining at a restaurant. Where he will be burried?

It remains unclear whether he will be interred with other relatives at the small chapel in the Schuettgut, the family estate in Austria’s Zell am See.

A grandson of Beetle inventor Ferdinand Porsche, he launched his VW career in 1972 after running product development for the Porsche brand. Sixteen years later, he took control of Audi before being promoted to CEO of Volkswagen Group in 1993. As chairman of the board beginning in 2002, he effectively controlled the automaker, sacking his first successor and nearly his second.

“Piech was one of the most successful automotive entrepreneurs ever,” wrote veteran VW equity analyst Arndt Ellinghorst. The towering figure, he said, took a company that sold 3 million cars annually and transformed it into one that sat atop the industry selling 10 million a year.

The Austrian saved Volkswagen in the early 1990s by introducing a comprehensive platform strategy across its various brands to cut costs, which has since become the group’s greatest engineering strength. Under Piech, models such as the Audi A3 and Skoda Octavia shared the same underpinnings as the VW Golf for the first time, making the PQ34 the forerunner for today’s MQB and MEB architectures. He was the driving force behind the acquisition of Bentley, Bugatti and Lamborghini, truckmakers Scania and MAN and finally Ducati, the Italian motorcycle manufacturer bought for him as a birthday present, officials said privately at the time.

Piech engineered cars that pushed the envelope of the technologically possible: The original Audi Quattro with its revolutionary permanent all-wheel drive that propelled it up a Finnish ski jump; the 1,000 metric hp Bugatti Veyron; and everyone’s favorite Le Mans-crushing icon, the Porsche 917.

“He brought quality and perfection down to the last detail in the automotive industry, deeply anchoring it in the Volkswagen DNA,” VW Group CEO Herbert Diess said in a statement. In commemoration, flags will fly at half-staff at VW Group sites including Wolfsburg and Ingolstadt.

In his quest for technological superiority, Piech was willing to risk it all. The 917 nearly bankrupted Porsche, leading to an unbending rule that still bars family members from serving in management. The expensive multilink rear suspension standard on his VW Golf MkV hobbled the brand for years. And the VW Phaeton luxury sedan that was his baby ranks as the biggest commercial flop in the brand’s history.

His over-engineered cars meant for the demanding speeds on the German autobahn proved a difficult sell when imported to the U.S., however, and it became a common joke that Volkswagen failed to grasp the importance of cupholders to American commuters. When successor Bernd Pischetsrieder pulled Piech’s Phaeton from the market because of abysmal sales and heavy losses, insiders at the company said that was the final straw for Piech and prompted Pischetsrieder’s eventual sacking.

“Volkswagen treated the U.S. like an emerging market, like it was an outpost,” remembered Michelle Krebs, director of automotive relations at Autotrader.com.

The reputation that it simply expected customers to buy its cars because engineers told them they should was a legacy of Piech’s tenure, and setting wildly unrealistic targets such as the 800,000 annual VW sales goal under protege Martin Winterkorn symbolized its “almost arrogant” approach.

“Volkswagen was so centralized, barking out orders from Germany as to what should happen in the U.S. market without really understanding the market or their position in it,” Krebs said.

A titan, a tyrant

Piech’s death comes one year after the industry lost Fiat Chrysler Automobiles boss Sergio Marchionne, another giant who formed his own automotive empire from the smoldering ruins of bankrupt U.S. automaker Chrysler.

Whereas Marchionne was an iconoclast who never ceased to question the tenets of the industry in the name of shareholder value, Piech was the polar opposite: the last true car guy. Not only did he embody what the FCA boss saw as excessive and even wasteful engineering spending, he practically celebrated it.
It is perhaps unsurprising that the duo shared a personal rivalry. Piech made numerous overtures for Alfa Romeo, trying to shame Marchionne into selling the storied but mismanaged brand he so coveted. Indeed, it proved one of the few plans he left unfinished.

In the end, Piech leaves a legacy that firmly places him in the pantheon of industry revolutionaries such as Henry Ford. He may not have invented the car like Carl Benz, but he certainly shaped it in his own image.

“RIP Ferdinand Piech. He was a Titan of the car world,” tweeted Aston Martin CEO Andy Palmer.
Piech’s demanding nature also meant that anyone who failed to meet his expectations or crossed him would invariably fall victim to his wrath. The list of casualties was as long and illustrious as his accomplishments and no one was safe — especially his handpicked successors. Often all that was needed was for Piech to utter a thinly veiled criticism in his characteristically taciturn speech, and it was only a matter of time before they were done for.

“Piech was exceptionally results driven and accepted few excuses for failure,” wrote Ellinghorst.
Critics say it was this unforgiving approach that helped foster a secretive corporate culture resulting in not one but two earth-shattering scandals during his watch as chairman. First came revelations of systemic corruption among senior labor union officials financed by off-book embezzled funds over a decade ago, and then the diesel-emissions fraud that has cost VW roughly 30 billion euros ($33 billion) to date.

In April 2015, shortly before the scandal emerged, Piech abruptly broke with then CEO Martin Winterkorn. By that time, he had become increasingly infirm and, like Apple’s Steve Jobs, his health became a constant source of speculation.

Perhaps for that reason, he failed to muster enough support on the board to remove Winterkorn and resigned. It was a mark of his reputation that some journalists and analysts still forecast a triumphant return, especially amid the leadership vacuum that followed the diesel crisis.

In subsequent years, sources close to the family speculate it was bitterness that led to him allegedly providing testimony that incriminated other members of the board, including his powerful cousin Wolfgang Porsche. The latter, a key VW director representing the family’s interests, had said earlier this year the two were not on speaking terms despite both living in Salzburg.

Eventually, even Piech’s own brother Hans Michel sided with the other half of the family, and a pact was forged two years ago that saw Ferdinand sell his $1 billion-plus stake in the family’s investment vehicle that controls VW to his younger sibling.

Never once did Piech reveal his motivations behind the falling out, instead remaining an enigma to all around him. Many who worked closely with him would never profess to actually knowing him — not even members of his extended family such as Wolfgang, who were often targets of his derision.
Piech famously belittled the Porsche clan for lacking drive, claiming they were far more interested in “knitting, crocheting and playing the flute.” He even stole the wife of his cousin Gerhard Porsche, only to leave her for their nanny.

He leaves behind at least a dozen acknowledged children from four women, yet is not known to be close to any save for those he fathered with his final wife, Ursula. One son even seemed to openly defy him when presenting at this year’s Geneva auto show his own Piech Zero production car built entirely without his father’s support or knowledge.

In a statement that was both respectful yet devoid of nostalgia, Wolfgang Porsche said he “shared many memories” with Piech, citing specifically their boardroom struggle for control over VW — a struggle in which they more often than not stood on opposing sides.

“We grieve with the family of Ferdinand K. Piech, the extraordinary manager and engineer, the strategist and quite simply the auto enthusiast that he was during his lifetime,” said Porsche.

Death is an inevitability, but it still seems somehow impossible to imagine that the Grim Reaper proved even more implacable than Piech himself. Perhaps that iron will of his was nothing without a purpose. Bereft of Volkswagen at the end of his days, Piech chose submission for once in his life.
In that sense, the greatest tragedy in last week’s news was that Piech died estranged from the one enduring center of his universe: Volkswagen.