Czech automotive headlamps supplier Varroc Lighting Systems based in Novy Jicin (Moravia) looks for a new communications manager. What are the requirements? 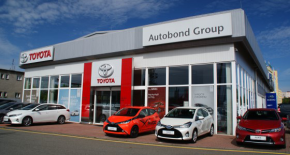 AUTOBOND GROUP, one of Toyota’s largest dealers in the Czech Republic, opened a new Toyota store in Ostrava in October – Svinov. The multi-million investment in the Opava, built according to the brand’s retail concept, was realized over six months.